His Majesty Sultan Haitham Bin Tarik, the Supreme Commander, on Thursday presided over the military parade, which was staged at the military parade ground of Al Murtafaa Garrison on the occasion of Oman’s 51st Glorious National Day.

Upon His Majesty’s ascension to the Royal Box, the National Day parade columns gave the military salute and the Royal Anthem was played by the joint military musical band while the artillery fired a twenty-one-gun salute to His Majesty.

Afterwards, the commander of the parade column approached the Royal Box requesting permission from His Majesty, the Supreme Commander, to start the military parade. Then, the National Day parade began as the joint military musical parade band representing the corps of the RAO, RAFO, RNO, RGO, ROP, the Royal Cavalry (RC) and the Royal Camel Corps (RCC) passed in slow and regular march before the Royal Box.

Then, the columns of the Protocols Guard, which represented RAO, RAFO, RNO, RGO, SSF and ROP performed its military parade accompanied with musical pieces of the joint military music in a slow and regular motion, passing before the Royal Box and giving the military salute to His Majesty, the Supreme Commander.

After that, the joint military musical parade band staged various musical pieces. Then, the columns of the Protocols Guard chanted the military anthem ‘Fal Taslami Oman’ (Oman, live in peace).

The Protocols Guard chanted the call of Loyalty and Allegiance and proclaimed thrice long live His Majesty Sultan Haitham Bin Tarik, the Supreme Commander. Then, the Royal Anthem was played and the columns of the Protocols Guard gave the military Salute to His Majesty the Sultan, signaling the conclusion of the National Day Military Parade.

His Majesty the Sultan was accompanied during the parade by members of the Royal Family, the chairmen of the State Council and Shura Council, ministers, advisers, commanders of SAF and other military and security departments, heads of the diplomatic missions of the Arab and friendly countries accredited to the Sultanate of Oman, members of the State Council and Shura Council, undersecretaries, governors, judges, members of the Public Prosecution Department, ambassadors and walis.

The National Day parade was also attended by military attaches, senior military commanders and officers, state senior officials, commissioned and non-commissioned officers and personnel of SAF and other military and security departments in the state. 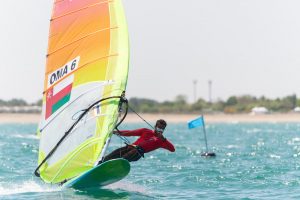 Oman Sail is ready to welcome sailors from around the world to Al Mussanah, with the Asian Windsurfing Championships kicking off today. 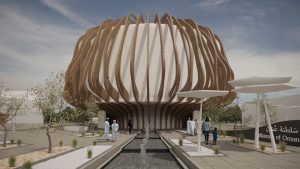 Mohsen Khamis al Balushi, advisor to the Ministry of Commerce, Industry and Investment Promotion and Commissioner-General of the sultanate at Expo 2020 Dubai, confirmed that the Omani pavilion is all set to receive visitors of Expo 2020 Dubai. 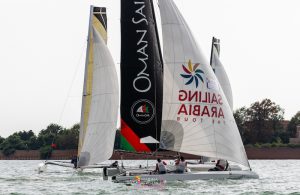 Oman sailors excel in the first stages of the Marina Militare Nastro Rosa Tour held along the Italian coast from August 26 – September 28.