With Eid al Fitr nine-day break from Friday here, it may be a perfect time to plan a getaway away from the country for those who have seen enough of Oman and need to fly out of town. The advantage of living in Muscat is that that we’re within a four-hour flight from many of the best holiday destinations which are ideal for brief holidays. Kooloman brings you some random, but worthwhile, destinations.

Dubai, UAE – Flight time: 1 hour
With a good number of flights daily, Dubai is a city for luxury shopping, ultramodern architecture and a lively nightlife scene. Burj Khalifa, an 830m-tall tower, dominates the skyscraper-filled skyline. At its foot lies Dubai Fountain, with jets and lights choreographed to music. On artificial islands just offshore is Atlantis, The Palm, a resort with water and marine-animal parks. And for those interested in shopping, Dubai has much more to offer.

Doha, Qatar – Flight time: 1 and a half hours
If you are a football fan, you can make the best of the Eid al Fitr holidays and go to Qatar – now being in lime light because of the next World Cup tournament, which is all decked up to receive visitors from around the world. Hence this is the good time to go check on the preparations.
Doha is an amazing place to be. The shining jewel of Qatar, Doha is a multicultural city, home to most of the country’s population as well as expatriate communities from a range of countries. Shopping abounds in the city’s plentiful malls, while the Doha corniche impresses visitors with picturesque architecture and dazzling views of the harbour. Direct flights makes it one of the quickest destination to consider.

Cairo, Egypt – Flight time: 4 hours
With direct flights that take only four hours, Cairo is the place to be this long weekend. It is set on the Nile River and nearby there is Giza, which is is the site of the iconic ‘Pyramids’ – the main attraction in Cairo that tells a story of the last remaining wonder of the ancient world – for nearly 4000 years.
Also, make sure to visit the Egyptian Museum, which has one of the world’s most important collections of ancient artifacts. Also, Museum of Islamic Art is another attraction. This museum, on the edge of Islamic Cairo, holds one of the world’s finest collections of Islamic art and is Egypt’s (and one of the entire Middle East’s) most beautifully curated museums. Also, while in Cairo, visit the Al Azhar Mosque, which is one of Cairo’s earlier mosques.

Addis Ababa, Ethiopia – Flight time: 4 hours
Sometimes referred to as the capital of Africa, Addis Ababa is a buzzing hub of economic, social and political activity and home to such notable offices as the African Union and the United Nations Economic Commission for Africa.
The things to do in Ethiopia will absolutely astound you and one of the most fascinating things about the country is that it is a very ancient culture. Their language, Amharic, is one of the oldest written languages in the world and on the fact that Ethiopia has tourist attractions like feeding hyenas, the city known as the 2nd Jerusalem, African safaris, and even a real world Camelot, you have quite a country and culture to experience. And indeed one of the cheapest destinations to travel in Africa. Ethiopian Airlines direct flights to this destination.

Shiraz is a city in south-central Iran, known for its literary history and many gardens. It is known as a city of lovers is a land full of worth seeing things. It is believed that Shiraz is the most beautiful tourist city of Iran with many historical and natural attractions that you will become interested in them. People of Shiraz are really warmhearted. Traveling to Shiraz can be one of
your most memorable trips.

Tbilisi, Georgia – Flight time: 3 hours
Charming is a word that often pops up when describing Georgia’s capital. It is a place that can be called a foodie destination, and the best way to discover it is by booking yourself on one of the many food tours on offer. Apart from that, Tbilisi’s old town reflects a long, complicated history, with periods under Persian and Russian rule. Its diverse architecture encompasses
Eastern Orthodox churches, ornate art nouveau buildings and Soviet Modernist structures. Looming over it all are Narikala, a reconstructed 4th-century fortress, and Kartlis Deda, an iconic statue of the ‘Mother of Georgia’.

Amman, Jordan – Flight time: 4 hours
Jordan might be best known for its ancient city of Petra, but you’ll find plenty to keep you entertained in this thriving destination. Rainbow Street is a popular hangout, with lots of great cafes, restaurants and shops. And for those in love with history, they can check out the striking Roman Theatre, which dates back to the second century.

Maldives, officially the Republic of Maldives, is a small country in South Asia, located in the Arabian Sea of the Indian Ocean. One of the world’s smallest national capital, Male is known for its ancient mosque and colourful buildings. With its beauty and progressiveness being talked about the island today has grown into one of the most visited places in the Maldives. It is a casual town best for wandering without pre-planned itineraries. With heritage buildings on the one hand and trees and waters with welcoming shades on the other, Male is a must-visit destination. At the moment, there are no direct flights but connecting via Duba is a quick option.

Kerala, India – Flight time: 3 and half hours
Just about a three-hour flight from Muscat, the southern state of India offers numerous packages of varied experiences for anxious individuals and families who have been bogged down with two years of uncertainties, lock-downs, and restrictions in movement. One can tailor a trip to suit one’s own timeframe as tour operators are flexible in creating varied experiences for different type of tourists.
Though the state offers a diverse landscape and gastronomical delights in a space of every 20km, a smart traveller can chose his destinations wisely and also get an opportunity to refresh his body and soul in merely four days. Travel will not be hectic as the state is well connected with public transport as well as private transport options like Uber, Ola, and private cars. 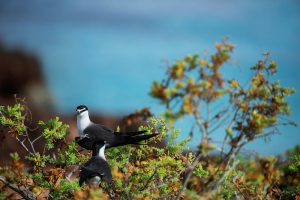 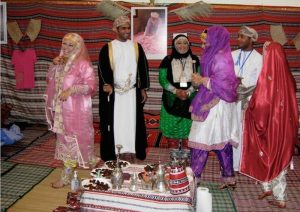 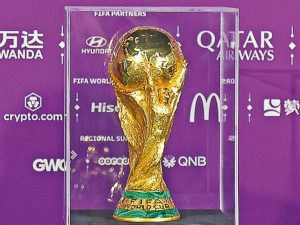 The iconic FIFA World Cup trophy will arrive in the sultanate and be placed for public viewing as part of the FIFA World Cup Trophy Tour on Friday, May 13. 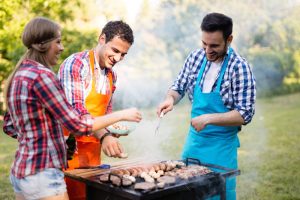 PrevPreviousHow safe are banana boat rides? Exercise caution while you enjoy
Next5 activities in Oman to pep up your Eid BreakNext